Everything old is new again

Nostalgia is defined as a sentimental longing or wistful affection for the past, typically for a period or place with happy personal associations.

For many of us who grew up in Greater Lafayette during the 1960s and 1970s, one of those places was Columbian Park. It had everything for children of all ages and their parents.

A merry-go-round. A train ride. Playground equipment such as the imposing “curly” slide. Gas-powered bumper cars on a winding paved track. A large swimming pool whose fenced-off 10-foot deep section was at first scary and then a rite of passage toward adulthood.

“We’ve brought back some things for people who remember the park when they were kids,” says Jon Miner, director of operations for Lafayette Parks and Recreation.

No, “monkey island” isn’t coming back. Nor is that swimming pool or the bumper cars.

But the COVID-delayed carousel will be opening sometime this summer. Returning for a full season of operation is the train that gives riders a tour of Columbian Park, and the paddle boats.

“We’ve changed enough to adopt what people are looking for today in recreation,” Miner says. “So those families who don’t remember that can still come to the park and make their own memories. Coming to the ballpark to watch the Aviators play, going on a paddle boat ride or seeing a concert at Memorial Island. Visiting a first-rate zoo.

“Even though the water park is different than the old pool, I think people growing up with Tropicanoe Cove will have the same memories we had of the old round pool. There’s a lot there for the community and people of all ages. Bringing back the paddle boats, the train and the carousel will add to that experience.”

It’s been more than 20 years since the last time a merry-go-round entertained children in Columbian Park. The 42-foot diameter carousel, which was budgeted for $600,000, will feature 36 carved horses and other animals. Morgan Constructors of Lafayette built the building that will contain the carousel.

“Once that’s up we’ll have a full allotment of rides,” Miner says.

“I think it’s probably the thing most people are excited about. The paddle boats kind of surprised people last year when we said we were bringing them back. That brought a lot of nostalgia back. We’ll experience some of that same thing with the carousel. I think the carousel will be that same type of experience for those of us who remember the old carousel at Columbian Park, and for kids who didn’t experience that it’ll add another reason to come to the park. I think the community will be really, really pleased.”

The carousel and the restrooms under construction on the site of the former Jenks Rest building will wrap up several years of renovation at Columbian Park.

“We’re really looking forward to this summer since it’s going to be the first since 2018 where we haven’t had any construction happening inside the park,” Miner says. “Once that carousel is in, we’re going to have a good year where people will come and not have any construction fences up and around. It’s exciting to get to see what you want to see and not have to worry about restricted parking or ‘we can’t go over there because it’s under construction.’ ”

The new restrooms will serve the east side of Columbian Park that is home to Memorial Island as well as the SIA Playground and the picnic shelters.

“While bathrooms are typically not the most exciting thing to construct, they are critical infrastructure,” Miner says.

The biggest news coming out of Columbian Park during the past few months came from the zoo. Six of the nine African penguins died after contracting avian malaria.

The three surviving penguins – Shazam, Sagely and Donner – are “doing well,” according to Miner.

“They’ve gained weight and are holding their own,” he says. “I am not a veterinarian nor an animal person but I think we’re past the illness stage with them. There can be some long-term effects of avian malaria on surviving penguins. It’s a matter of keeping an eye on that and making sure we’re doing the things necessary to keep them healthy.”

The Columbian Park Zoo is set to open April 16.

By that time, the zoo’s neighbor – Loeb Stadium – will be home to Lafayette Jeff high school baseball for the second consecutive year following Loeb’s renovation. 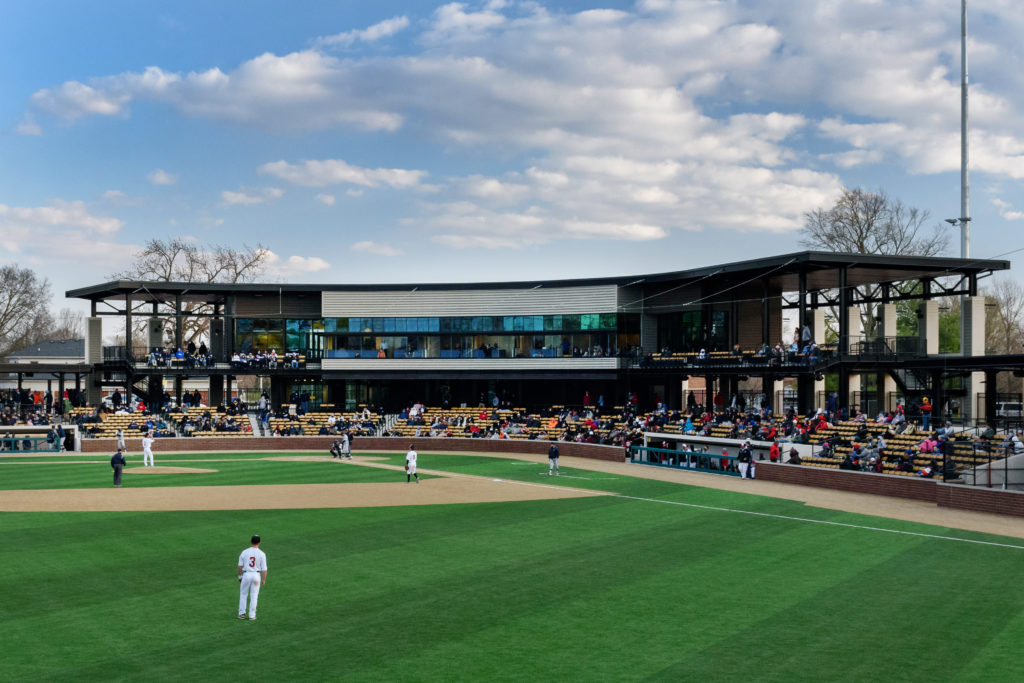 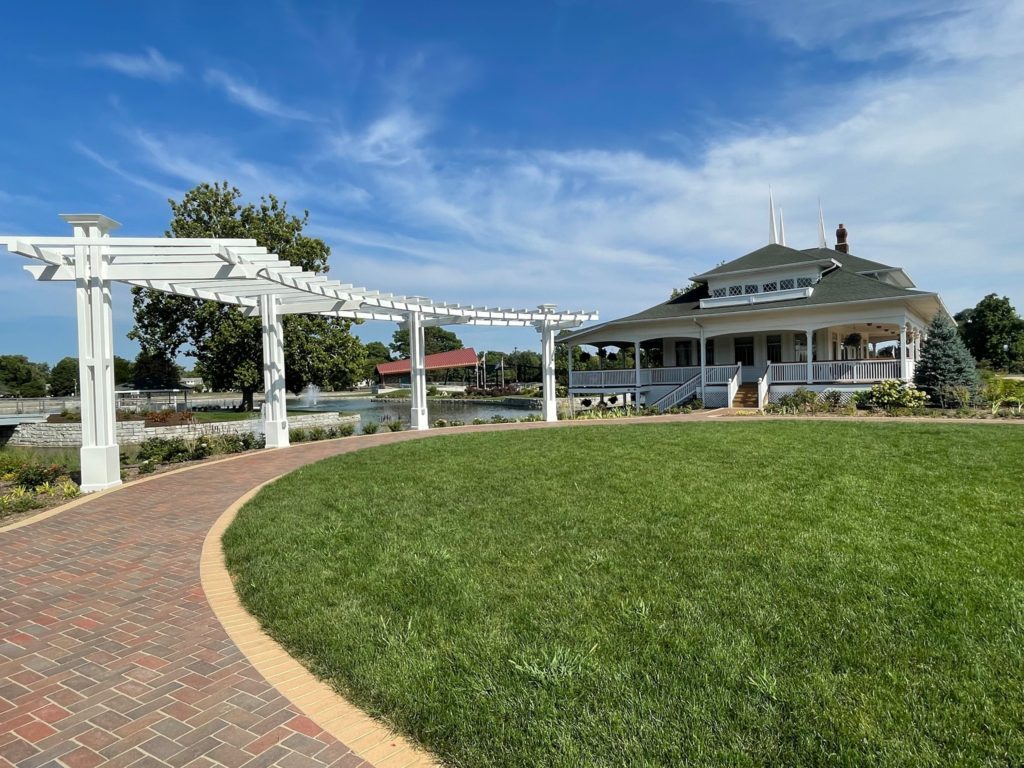 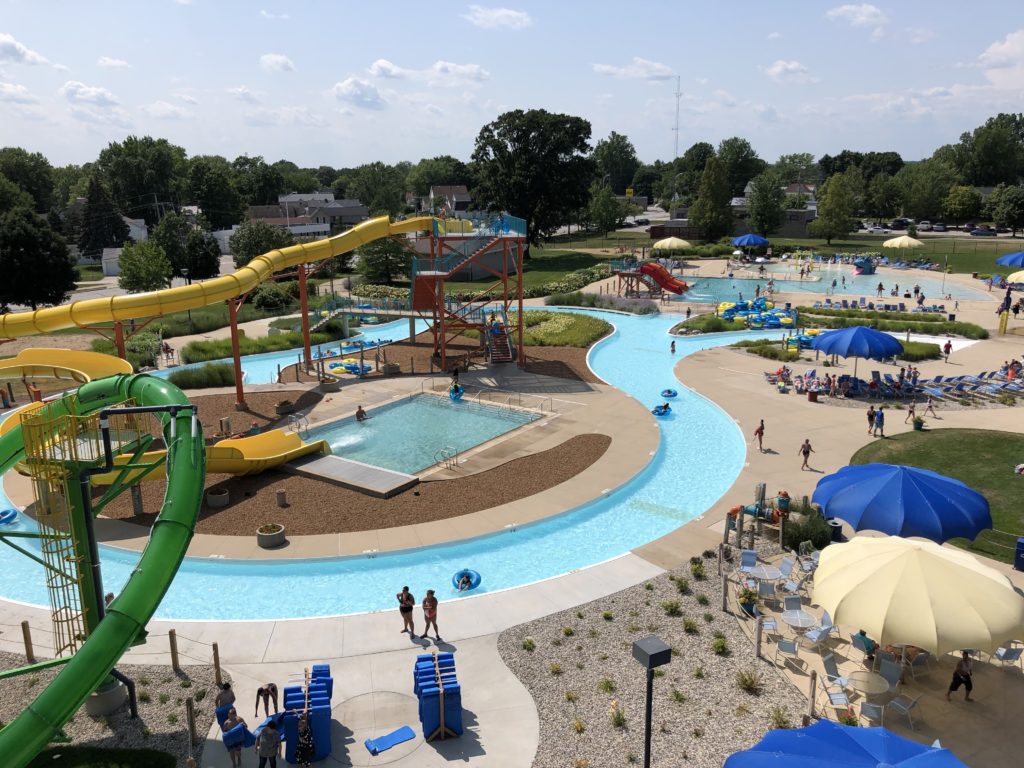 Loeb also will host a movie night on April 22. The animated film “Onward,” featuring the voices of Tom Holland, Chris Pratt, Julia Louis-Dreyfus and Octavia Spencer, will be the second movie shown at the ballpark following “Elf” this past fall.

Residing west of Loeb Stadium, Tropicanoe Cove is preparing to launch its 23rd season. The water slides that remind some park-goers of the old Big Dipper slide is back for the fourth year.

“That’s hard to believe for those of us who remember the old round swimming pool,” Miner says.

Once the carousel and new restrooms open, that will be the last of planned construction at Columbian Park until possibly 2023. That’s a potential date to replace some of the equipment at the SIA Playground, which sits on the land formerly occupied by the pool.

“Playgrounds have a shelf life, and the SIA Playground is approaching 23 years,” Miner says. “That gets to be about the point in time you have to start looking at replacing some of those pieces for safety.”

Also in the next year or so, fishing may be allowed again in the lagoon, which Miner was proud to say still has crystal clear water following years of decay and mud buildup.

“We’re continuing to work on the ecosystem in the lagoon,” Miner says. “We did a lot of stocking (of fish) last fall. It’s not going to be ready for fishing quite yet. The fish that are in there won’t be of size, but we’re working with the Indiana Department of Natural Resources and Purdue on stocking it with the appropriate species.”  ★