MatchBOX and The Railyard offer ideal spots for startups, entrepreneurs, gamers and more

Long before the COVID-19 pandemic made working from home mandatory for many workers, the concept of coworking spaces was beginning to take root.

The cofounders of MatchBOX Coworking Studio – Jason Tennenhouse, Dennis Carson and Mikel Berger – saw a need for a professional space for early stage entrepreneurs, according to Amanda Findlay, managing director of MatchBOX.

“The cofounders … were inspired to bring a coworking space to Lafayette because of their own involvement and interests in local entrepreneurship,” Findlay says. “The coworking model is loosely based on the concept of hackerspaces, or shared, community-run spaces for tinkering and tech.”

MatchBOX, a 501(c)(3) nonprofit, was ahead of its time in Indiana. Findlay says the concept of shared and community-focused workspaces started to emerge in larger cities during the late 2000s.

“Even before the recent and necessary rise in remote work, MatchBOX saw a need … founders growing their businesses, freelancers and contractors operating in the gig economy, and anyone dissatisfied with their home office.”

Breanna Benn, whose responsibilities as client relations and facilities support manager include The Purdue Railyard coworking space, has heard the dissatisfaction stories from some of its clients.

“They’ve worked from home, they’ve got small children and that’s been a distraction while they’re home,” Benn says. “They are coming to The Railyard for a place to go to concentrate and get out of their home.”

Both MatchBOX and The Railyard occupy large buildings. MatchBOX is located in downtown Lafayette and occupies a 12,000-square-foot space that once belonged to a car dealership. The Railyard’s site – inside Herman and Heddy Kurz Purdue Technology Center — is 26,140 square feet, which Purdue boasts is one of the largest single coworking spaces in the United States.

“As an extroverted armchair anthropologist, I find community to be the most compelling value of a coworking space,” Findlay says. “Entrepreneurs, freelancers and remote workers are all susceptible to professional loneliness. Research has shown that a sense of belonging is a fundamental human need, and having ‘work friends’ has a positive impact on professional happiness, motivation and productivity. For someone without an office full of colleagues, there are few opportunities to build friendships in the workspace outside of coworking.”

Findlay adds that a coworking membership is much less expensive than rent for a private office. Access to shared resources such as printers, meeting rooms and fast, reliable WiFi are benefits included in MatchBOX’s membership. So is a coffee bar, phone booths and a reserved desk area. There’s also free access to the MatchBOX Makerspace and acceleration programs for members.

The Railyard’s amenities include a café, a mailbox and a business address at the Research Park.

“Being a member of The Railyard you also have access to our networking events,” Benn says. “We just started up a network event called ‘The Mix.’ We invite, essentially, anybody who wants to come. It’s a good opportunity for startup companies, entrepreneurs to really network with people in their industry.

“For professionals interacting with clients face-to-face, the meeting rooms are a standout resource,” she says. “Renting rooms as needed or meeting in coffee shops or other public spaces can be expensive or distracting. Our members enjoy access to spaces that are accessible but professional to host and facilitate meetings.

“For entrepreneurs starting or growing businesses, our office hours program has proven helpful in getting more complex questions answered, especially for the first-time entrepreneurs who are still learning the ropes.” 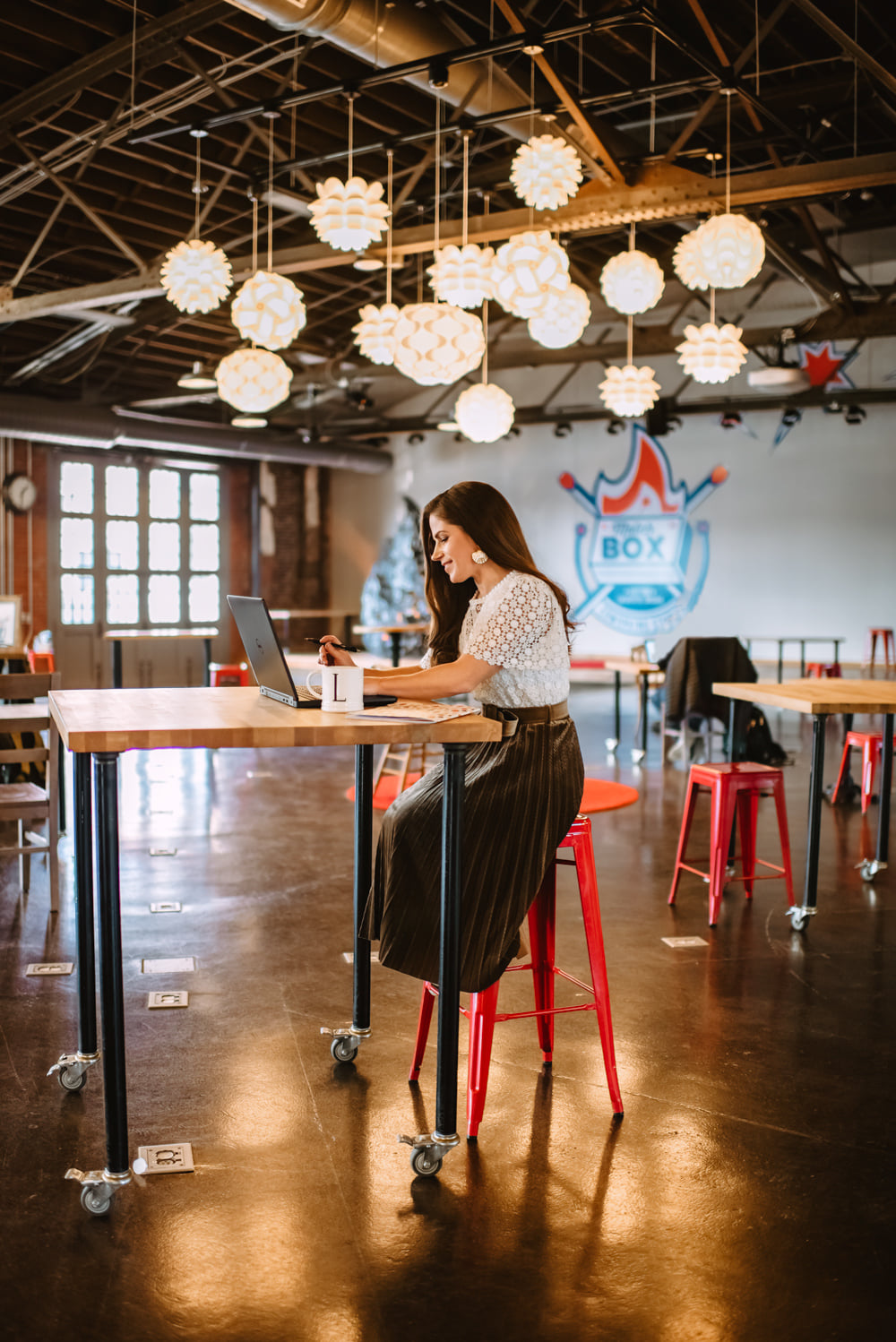 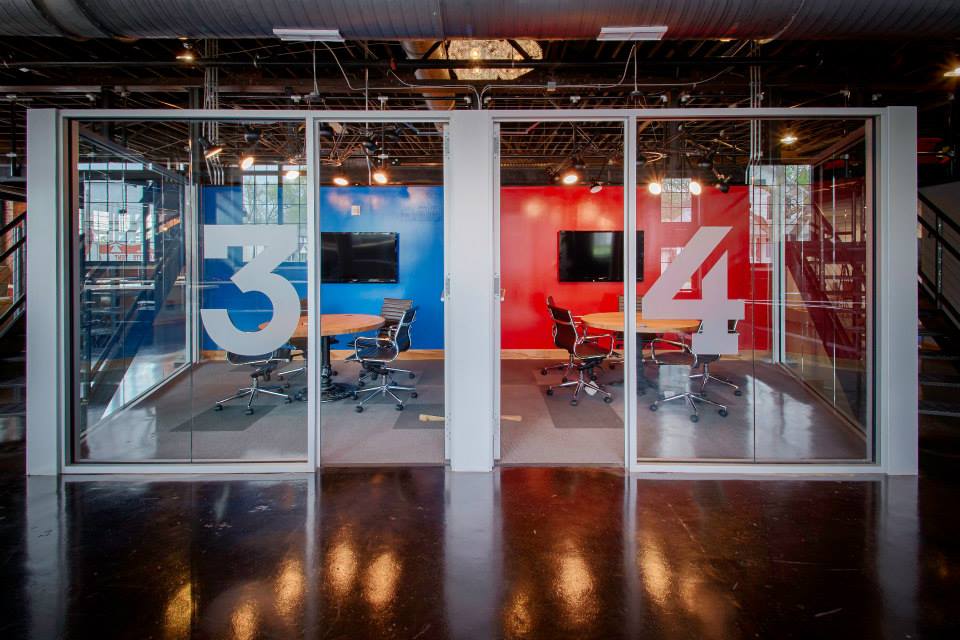 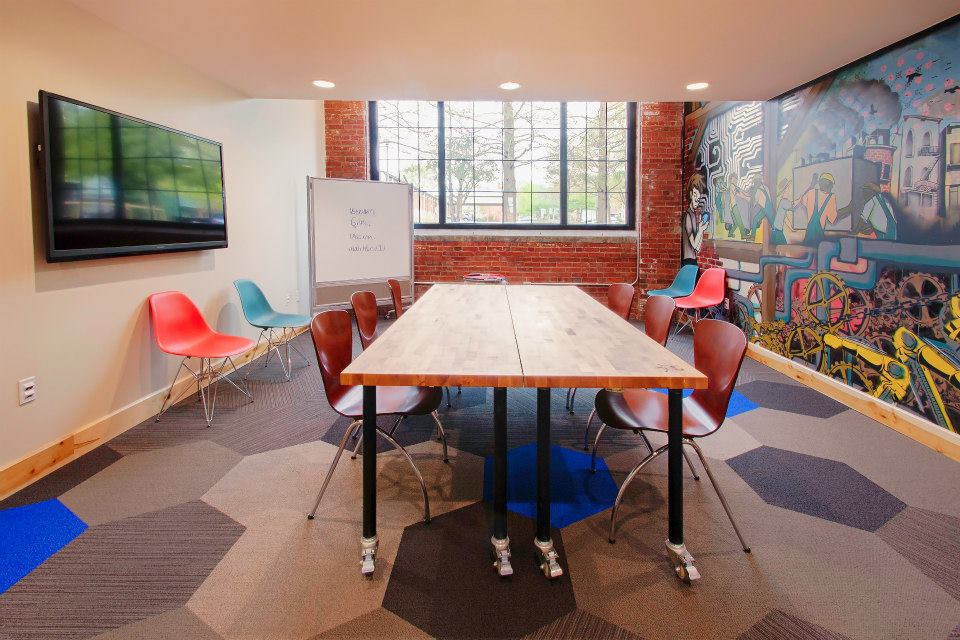 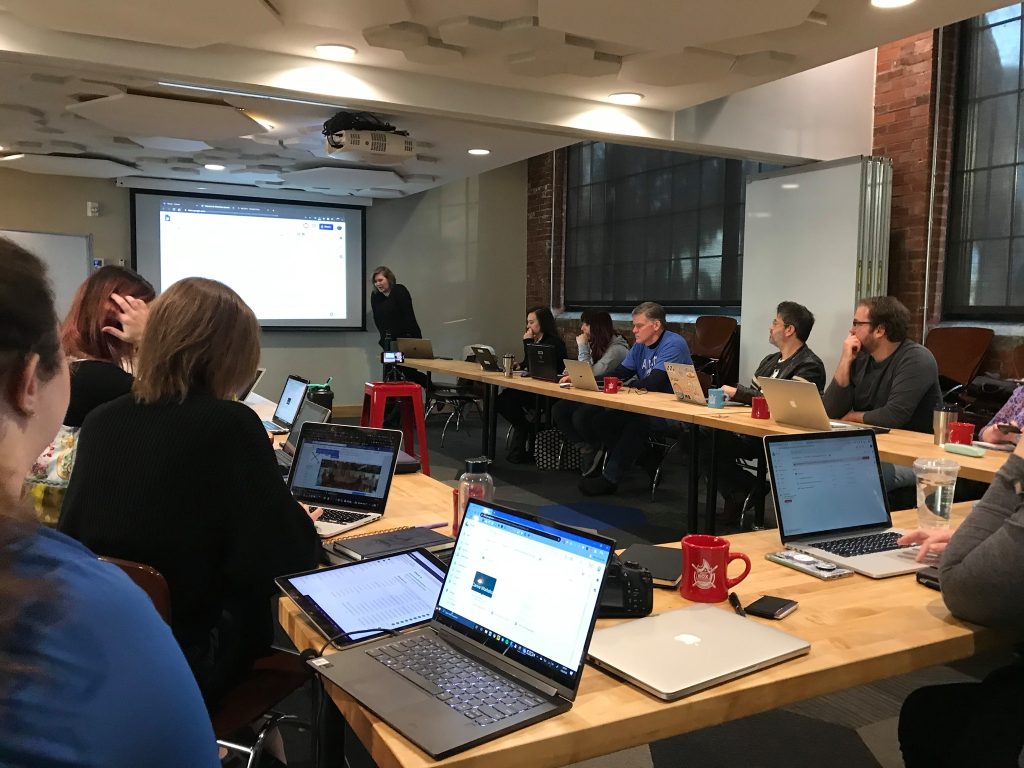 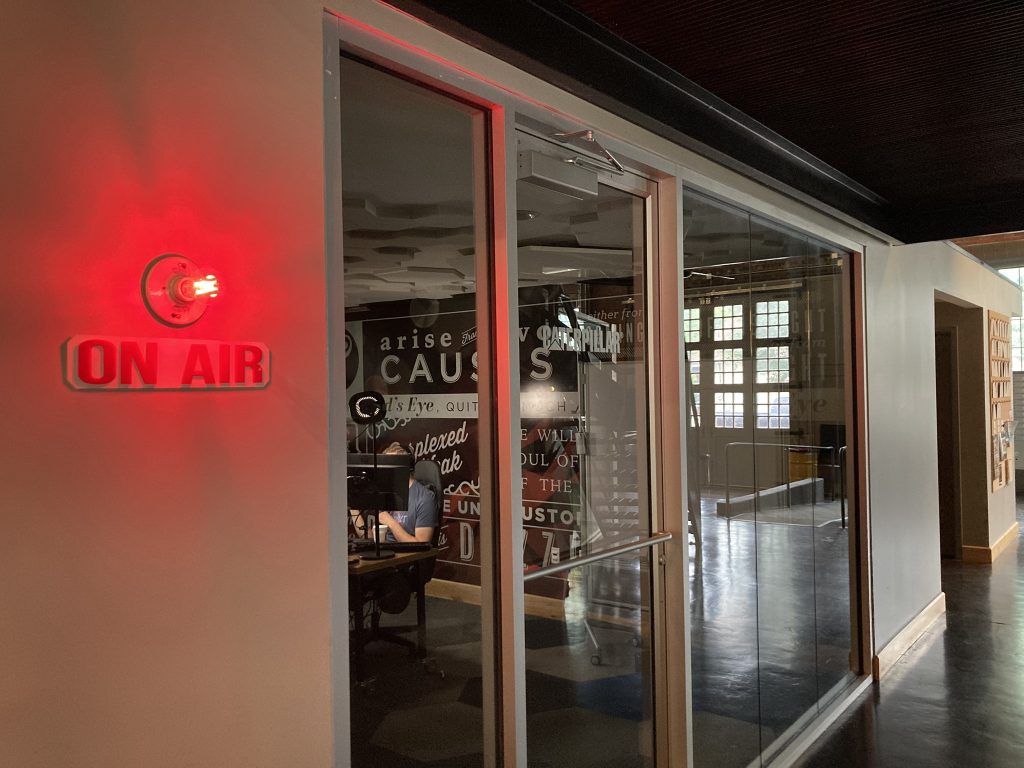 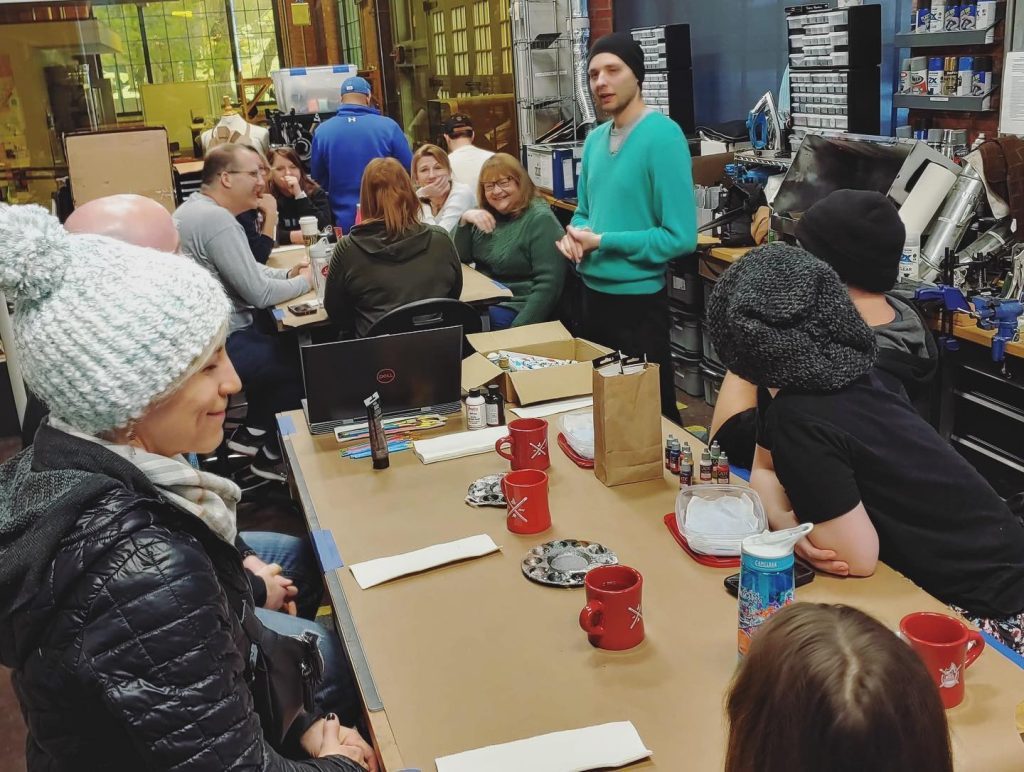 Now that Greater Lafayette is moving out of the pandemic, Findlay believes MatchBOX will continue to grow.

“There will always be jobs that are more or less amenable to remote work,” Findlay says. “I think that the infrastructure for remote work was already decent and has recently been improved out of necessity. In-person or on-site work perhaps is no longer the default or assumed way that employees will get their jobs done.”

Another side effect of the pandemic was people coming to the decision that maybe their current job isn’t satisfying or paying enough to continue.

“One exciting potential outcome for MatchBOX and Greater Lafayette is that we might start to see that a person changing their career or employer won’t necessarily need to relocate and build an entirely new network,” Findlay says. “We’ve had several MatchBOX members change jobs while working in the studio, and their new employer is on the other side of the country, but their office and their routine and their ‘work friend’ circle all stayed the same. It’s a much less disruptive experience that allows people to detach the town they live in from the location of their employer and stay in a community they love while growing professionally.”

Membership numbers are beginning to grow at The Railyard, approaching 100.

“Before the pandemic we were probably within the 80s,” Benn says. “It hasn’t grown to a huge increase quite yet, but everybody I’ve talked to wants this for the same reasons, so we believe we’re going to grow even more.

“I’m planning to have more events and more networking opportunities. A lot of people are looking for that now. They’ve been in their houses and haven’t met new people. We’re just trying to come up with new ways to have people interact with one another.” 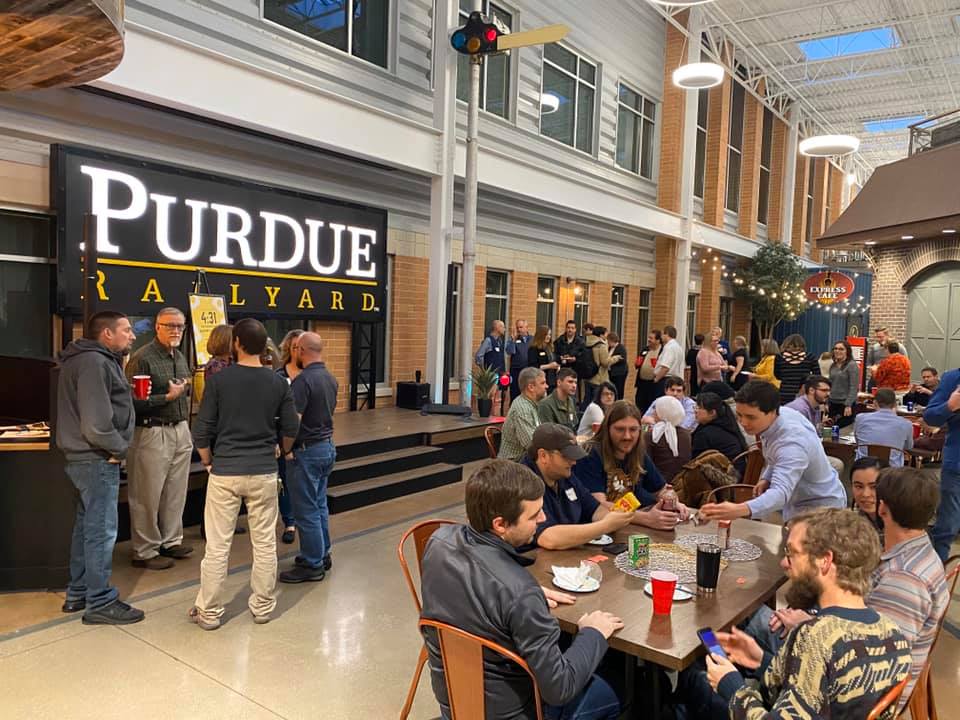 The Railyard has something else in common with MatchBOX, a tie to transportation.

There’s a homage to the Purdue Schenectady No. 1, the first full-scale locomotive used in the Purdue Locomotive Testing Plant in the late 1880s and early 1900s.

“We’re definitely here for the hobbyists,” Findlay says. “For the makerspace specifically, the cosplay and gamer crowd enjoys building props for their costumes or game play. Custom mini-figures and carrying cases seem to be popular in the boardgaming community.”

To find out more about MatchBOX, visit its website at mbx.studio or call 765.588.9295.
To learn more about The Purdue Railyard or to become a member, contact Breanna Benn at 765.588.3470 or email PurdueRailyard@prf.org 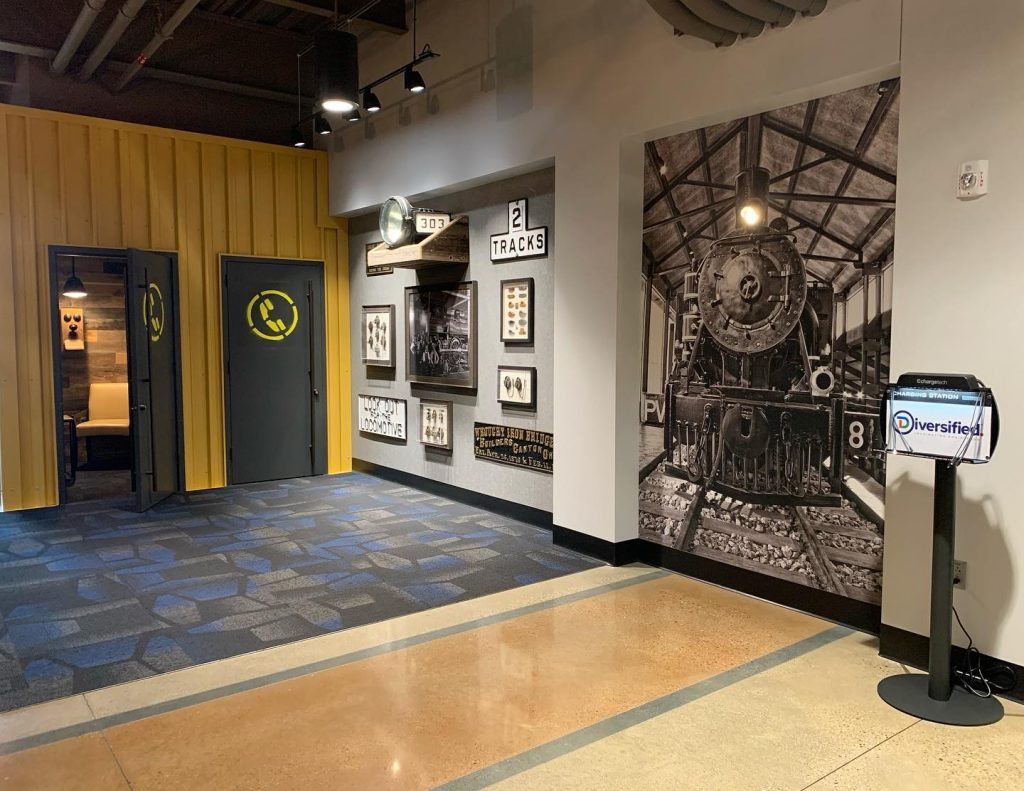 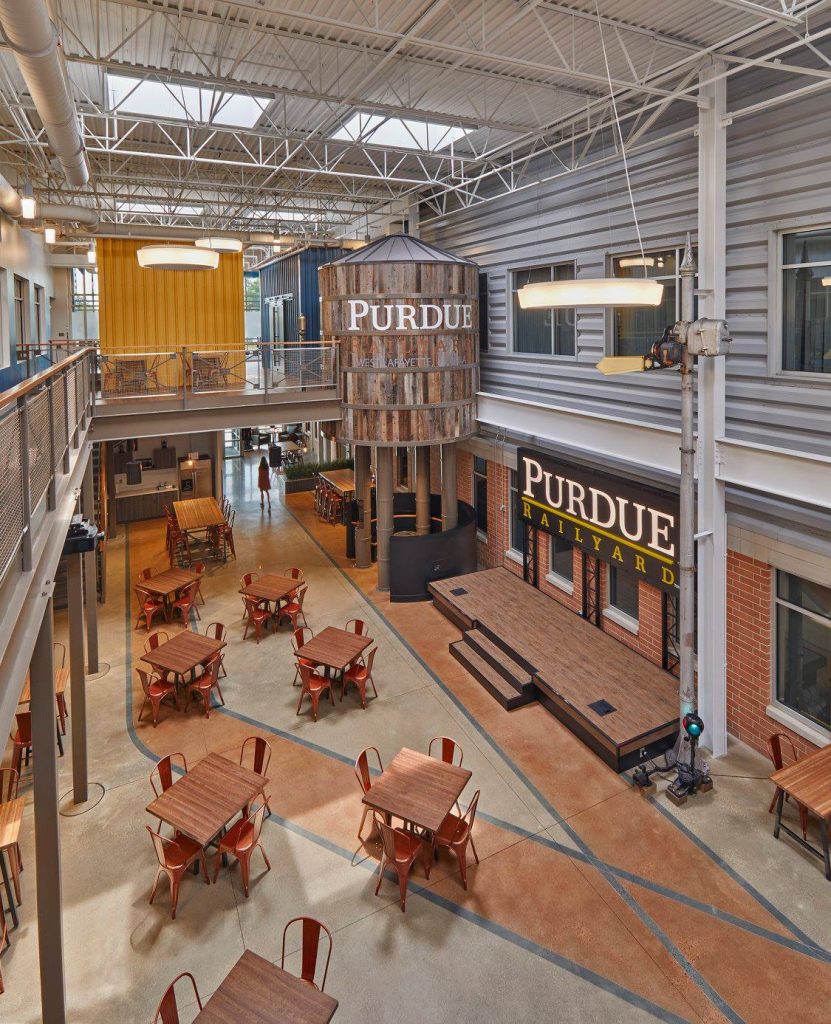