A PLACE TO LEARN, GROW, AND THRIVE

Boys and Girls Club, at 50, continues to nurture young minds and hearts

50 years ago inside an old church building, the Lyn Treece Boys and Girls Club has been a welcoming embrace for Greater Lafayette’s children.

Treece was a Lafayette businessman whose interests included Burger Chef franchises. He was one of the original owners of the Indiana Pacers when the team joined the American Basketball Association in 1967.

He paid $30,000 for the former Riverside Church of God, located on North Ninth Street across from the then-Tippecanoe Junior High, to set up the first Boys Club in Lafayette. Steady growth during the next six years led Treece to put $100,000 toward a new building that opened at 1529 N. 10th St. in 1980.

An early member of the Boys Club was one of five brothers living with a divorced mother and on welfare.

“My lifetime has been with the club,” says Barry Richard, executive director of the Lyn Treece Boys and Girls Club.

“The Boys Club allowed me to develop the areas I needed to, to then become a member of the Lafayette Police Department, become the sheriff, become a city councilman, county councilman, be able to do all the things I’ve done.”

With pride, Richard gave a tour of the building that he says is unlike most Boys and Girls Clubs across the United States.

Walk inside the door and to the left are rows of tables and chairs designed to be used by 60 to 100 children a day to do their homework.

“Typically, when you go into a Boys and Girls Club you’ll see a pool table, ping pong table, foosball, air hockey. We prioritize academics,” Richard says. “This is set up as our academic hall. We help them with their homework after they’ve had their snack. We have certified teachers come in to help them.”

That’s not the only academic space in the building. Thanks to the generosity of SIA associates in 2012, a learning theater room is available for smaller groups.

“We can conduct lessons and help the children in a classroom setting,” Richard says.

“To help children with their self-esteem and their personal hygiene, I thought it would be neat to have our own barber shop/beauty shop,” Richard says of the shop, which is stocked with everything one would see at a local establishment. Volunteers take care of the services, which are free to the children. 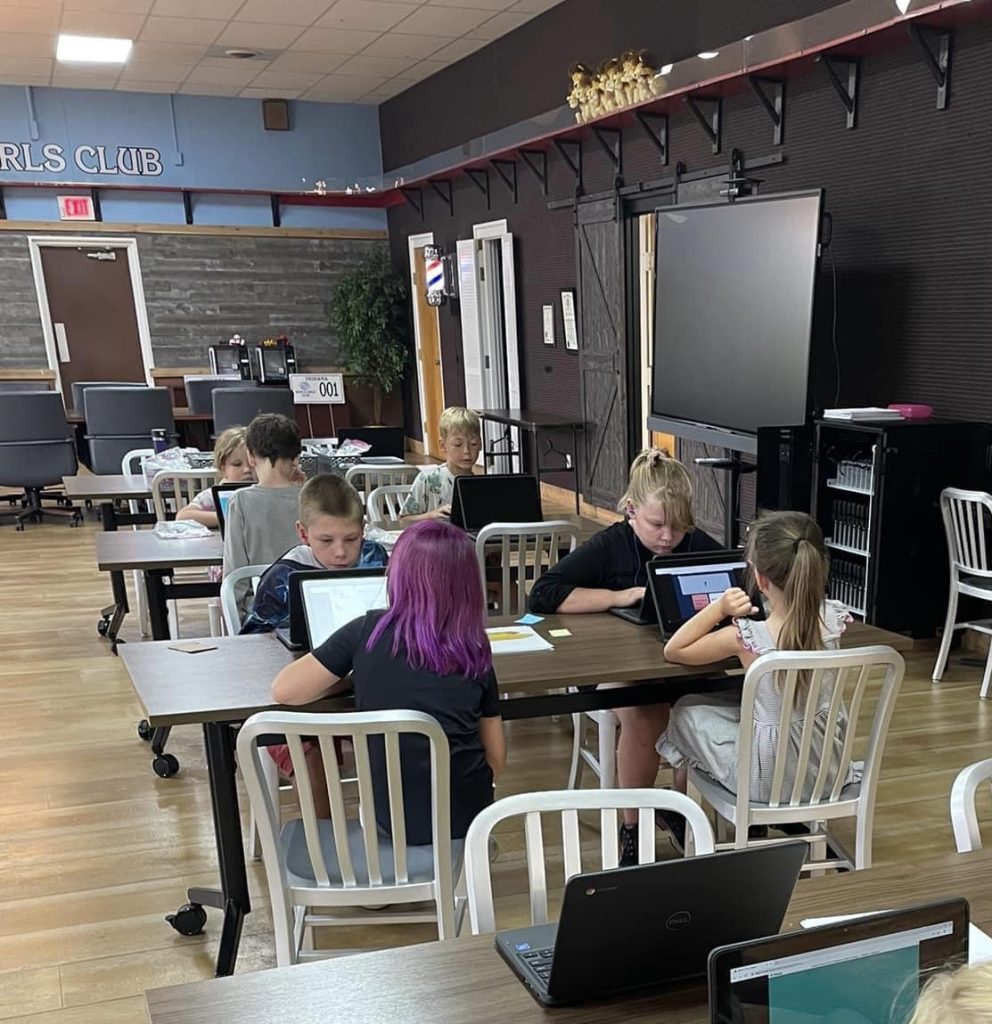 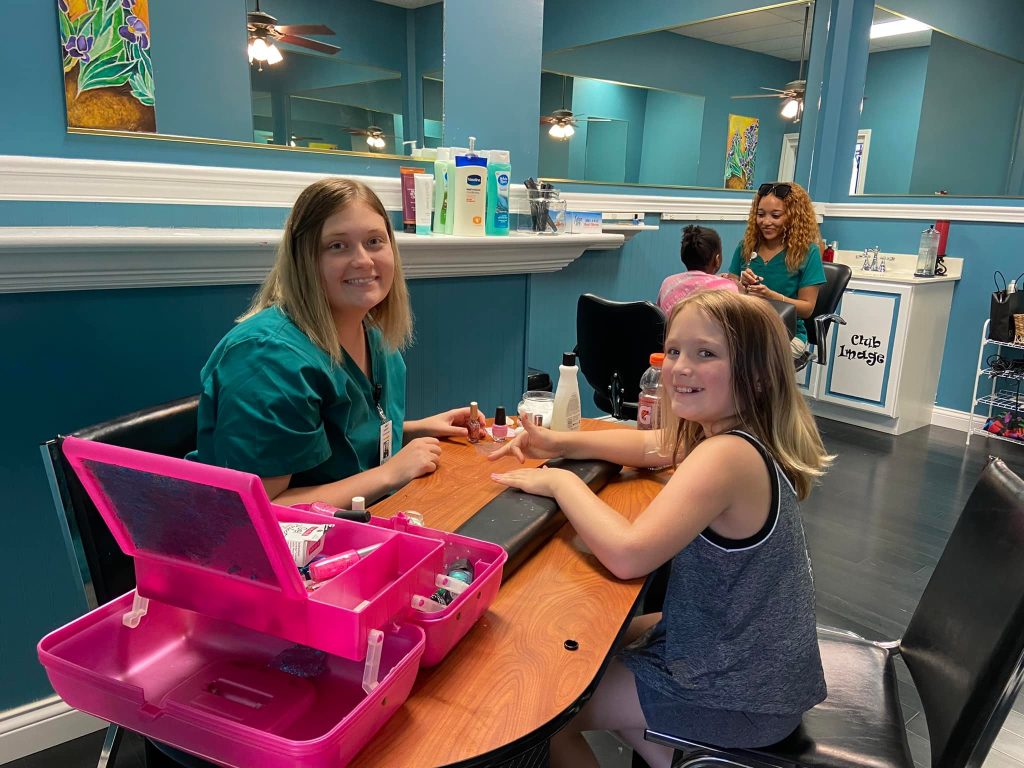 There’s even a laundry room inside the club, where staff members teach children how to use a washer and dryer.

It’s not all work and no play, though. There are enough board games to stock a toy store. A multipurpose room is used for arts and crafts and includes a TV set. Meals can be eaten in the room, too.

An old locker room has been converted into a game room, where the Boys and Girls Club standard air hockey, foosball and pool tables are located along with video games.

“We’ve utilized our building to the full capacity,” Richard says. “Typically, by mid-winter we’ll have 100-plus children here a day.”

The future at the North 10th Street location includes baseball and soccer fields. Land has been purchased surrounding the Boys and Girls Club and much of it has been cleared of unsightly dilapidated housing.

Open to children ages 6 to 18, the club offers an annual membership for little to no cost. For $10 — or 83 cents a month, as Richard says — that’s the only expense families will pay at the Boys and Girls Club. Scholarships are available for families that cannot afford to send multiple children.

“Beyond that, there’s never any charge,” Richard says. “They don’t pay for programs, snacks, meals, field trips. Nothing.”

The Boys and Girls Club expanded its services in 1999 to the former Tahoe Swim Club on Beck Lane in Lafayette. With expansion of that facility, which includes a game room, a gym and two academic spaces, approximately 100 students are welcomed daily.

A third location on land at South and 23rd streets is nearing the fund-raising stage. Richard expects that club to serve 150-plus students from the surrounding Murdock, Sunnyside and Oakland schools as well as the Columbian Park neighborhood where Richard grew up.

Richard estimates that once funding is in place, construction would take 18 to 24 months.

“I want to make our facilities, our organization their Disney World,” he says. “The children we serve don’t get to go to Disney World. This is some of the highlight of their childhood, that they know it is a safe place to come and they’ll be taken care of.

“We’ll make sure they get their homework done, that they have the Christmas presents, the acknowledgment of them doing well. We’re going to fill that void in their life, to let them know that they have self-worth and they are able to be successful. To break the cycle and become a giver back to our community. That’s what we all need.”

The cycle was broken in the Richard family, and he gives much of the credit to the Boys and Girls Club.

“What I was able to get from the club was that independence and self-worth,” Richard says. “I never thought growing up I had to be rich. My thought was I don’t want to be poor. I know what poor is. What do I need to do not to be poor? The answer was you need to work, you need to be responsible, you need to have a good work ethic, you need to treat others well and you need to have that vision of goal setting to become successful down the road.” 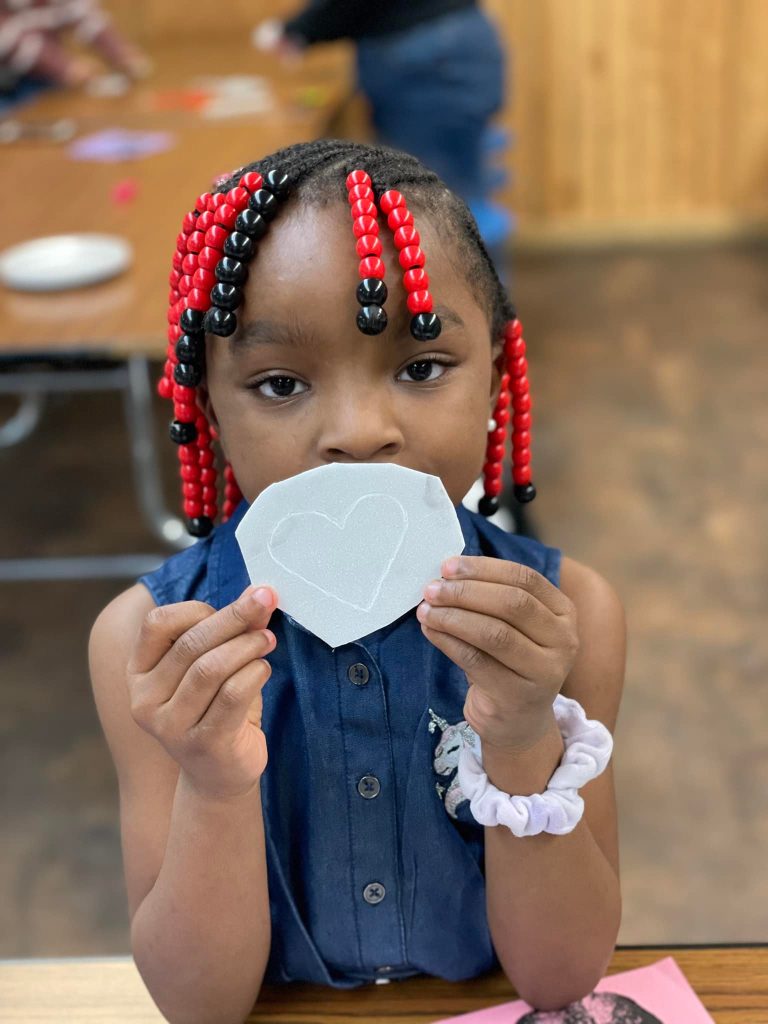 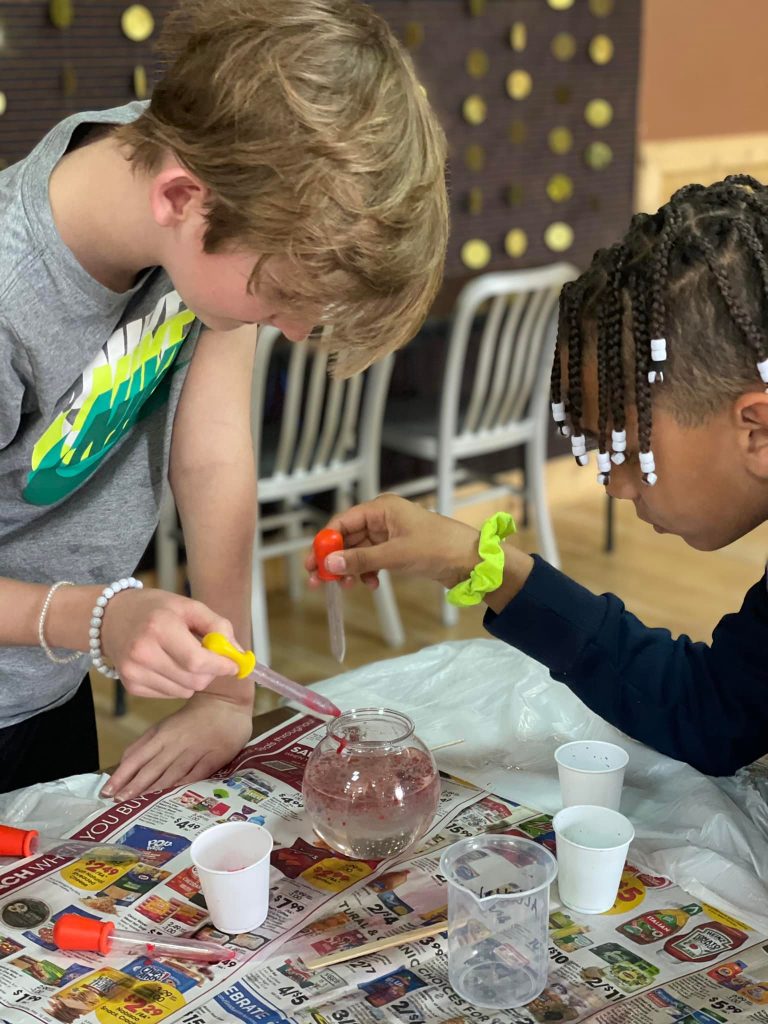 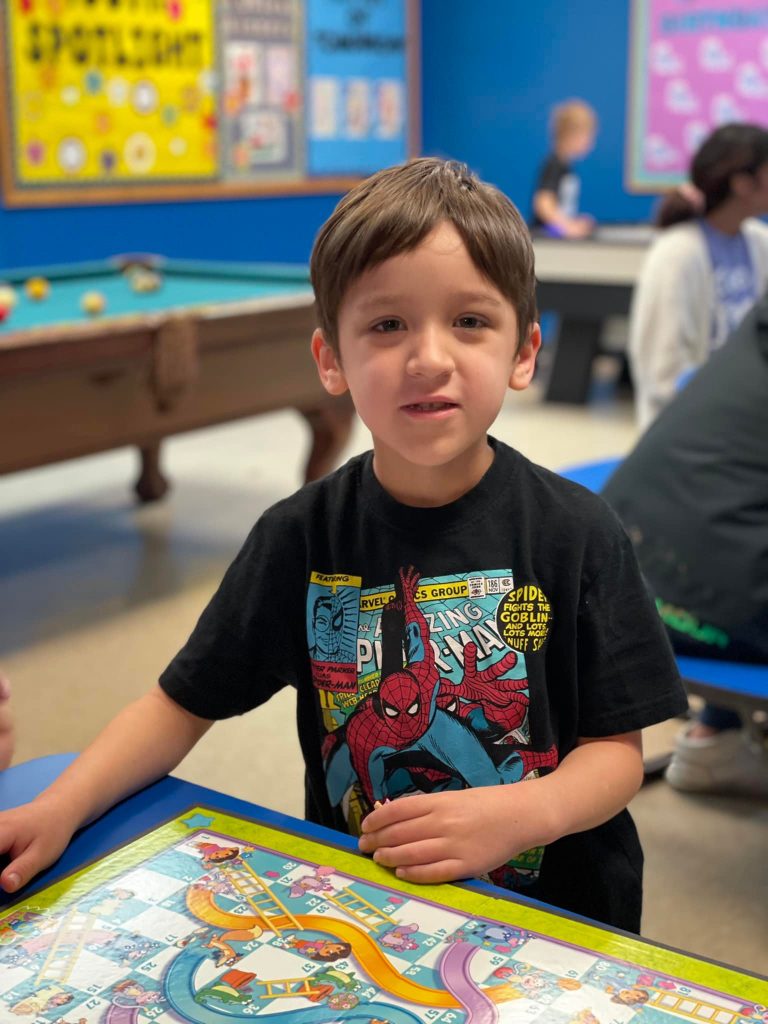 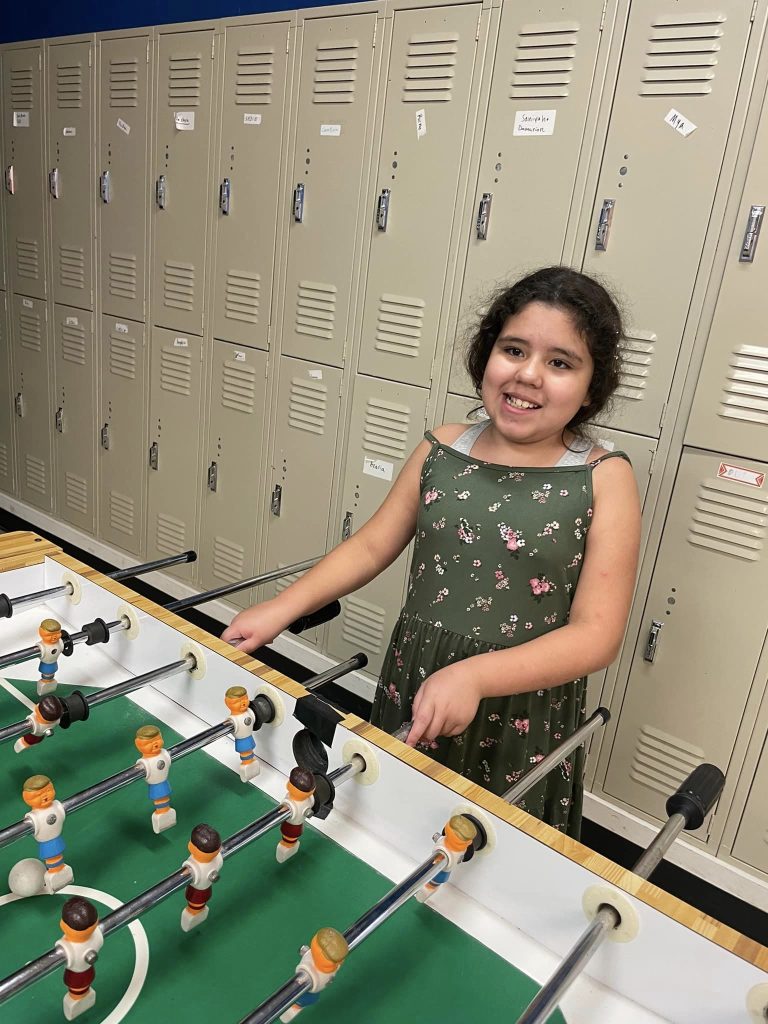 Richard’s children grew up to be a Major League Baseball player/high school coach, a school principal and a teacher.

He has seen others break the cycle, too, when the club was the only positive thing in their lives. They’ve become businessmen, police officers, teachers and members of the armed forces.

“I really do believe that what we are doing with our programs, our discipline, our structure, our caring, our academic support, is developing those next generations to be the leaders of our community,” Richard says.  ★ 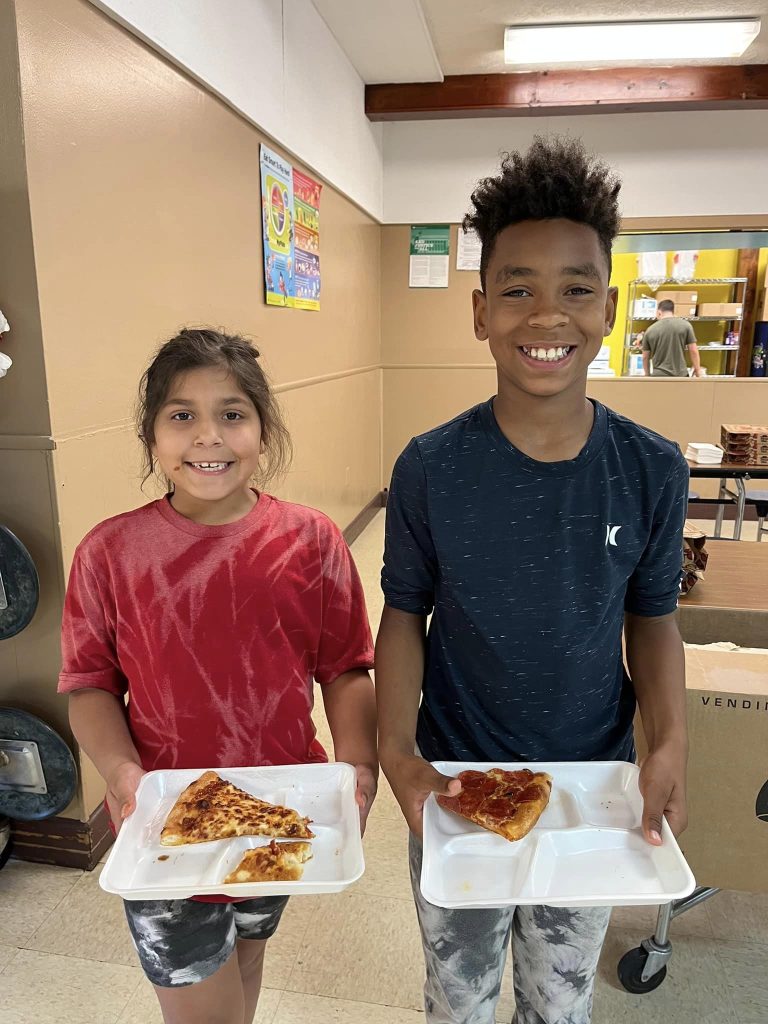 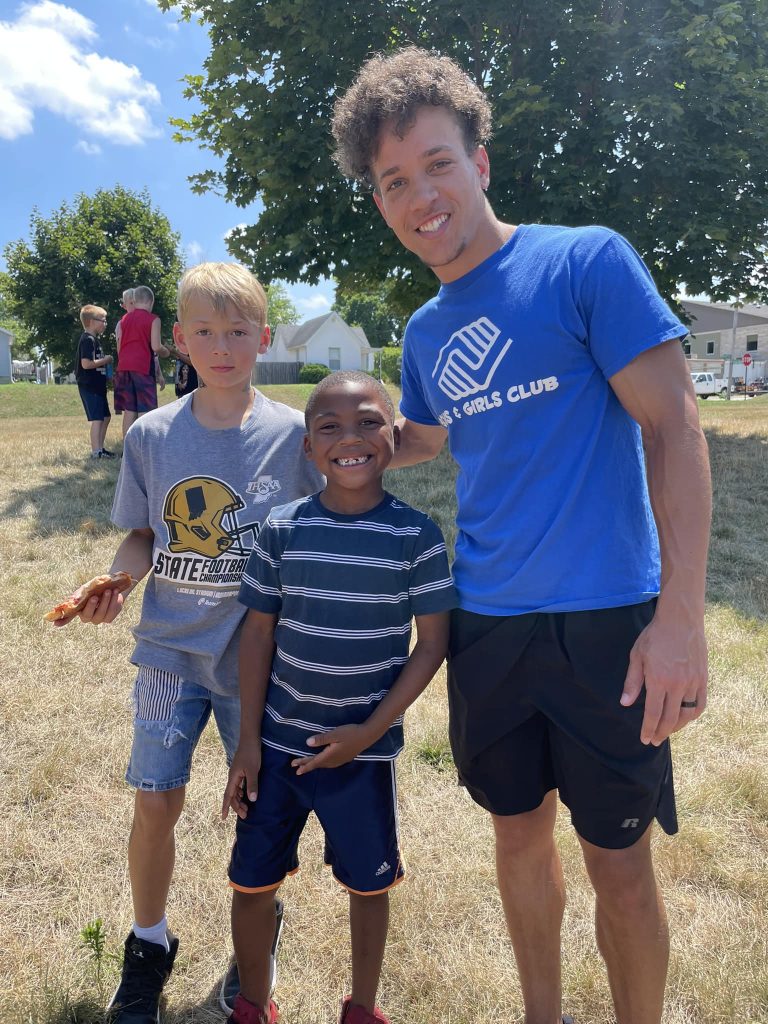